They have been regarded as one of the first bands of the genre, starting out as early as the late 1970s, along with Pentagram and Trouble. For most of their career, the band comprised vocalist Scott Weinrich, bassist Mark Adams, guitarist Dave Chandler and drummer Armando Acosta. After breaking up in 1996, Saint Vitus briefly reunited for a tour in 2003, and are back together again as of 2008. 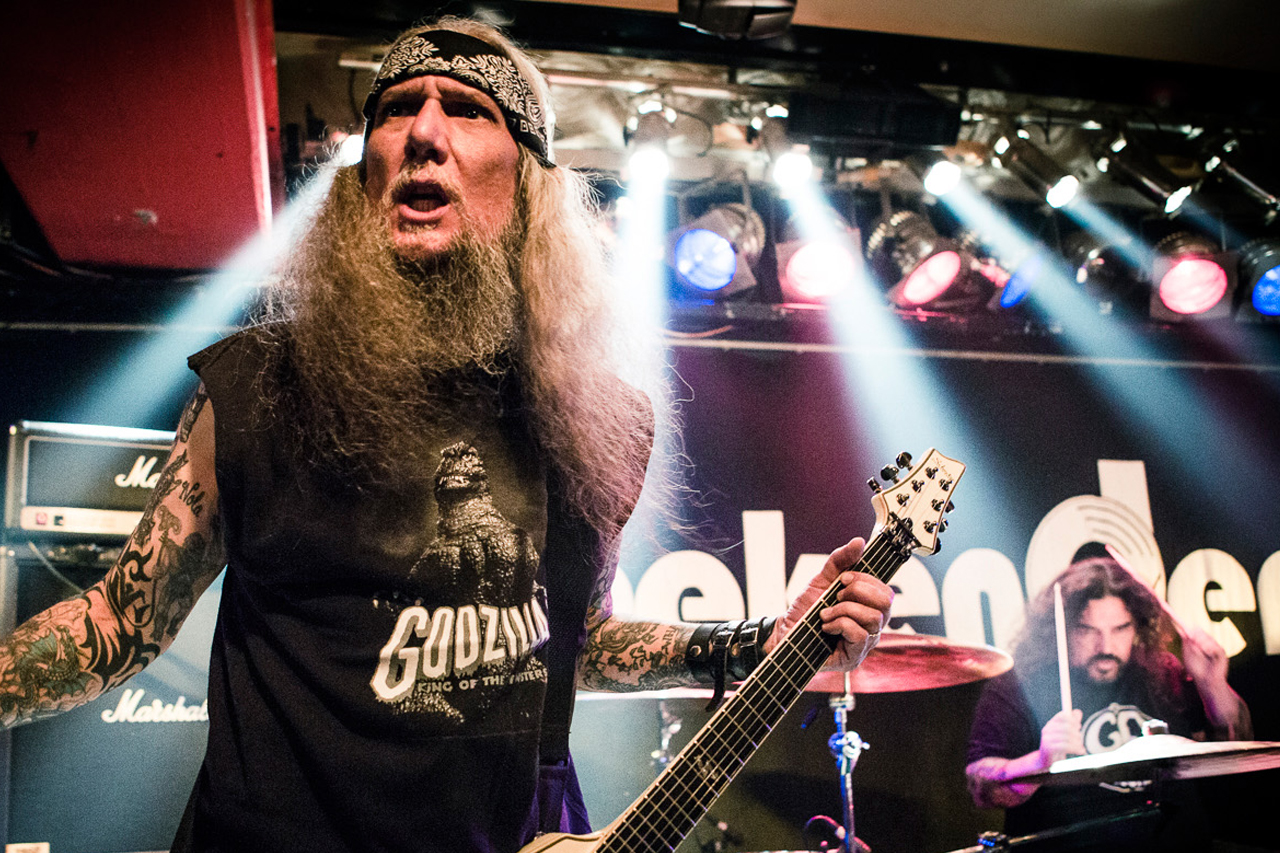 The band was formed in 1979 under the name Tyrant, with Scott Reagers (vocals), Dave Chandler (guitar), Mark Adams (bass), and Armando Acosta (drums), but soon changed their name to Saint Vitus after the song “St. Vitus’ Dance” by Black Sabbath. Their main influences were Sabbath and Black Flag, the latter of which Saint Vitus toured with during the 1980’s.

Following Weinrich’s departure, Saint Vitus went on hiatus. The band finally found former Count Raven singer Christian Lindersson as Weinrich’s replacement. He would record only one album, C.O.D. before being replaced by original Vitus vocalist, Scott Reagers. Reagers recorded vocals for the band’s final album, Die Healing. After this, Saint Vitus decided to call it a day in 1996.

On July 1, 2003, the classic Born Too Late line-up (Weinrich, Chandler, Adams, Acosta) played a gig at Double Door in Chicago.[1] The performance was recorded and released on a DVD that is distributed through Chandler’s current band, Debris, Inc., which features former Trouble bassist Ron Holzner. Following the reunion, Saint Vitus parted ways again.

As of 2008, Saint Vitus have reformed again. The band will headline for Friday’s April 24 date at the 2009 Roadburn Festival.[2] The 14th annual Roadburn Festival will take place April 23-26, 2009 and will be held at the 013 venue in Tilburg, Netherlands. The lineup for this reunion was the same as the 2003 reunion.

Sadly Armando Acosta passed away from ongoing health issues soon after. R.I.P. Armando, you will always be in our hearts and missed.

Saint Vitus moved forward with heavy hitter Henry Vasquez joining the band as drummer for a headlining main stage performance at Hellfest in France and has sat behind the drum kit ever since.

Band members through the years